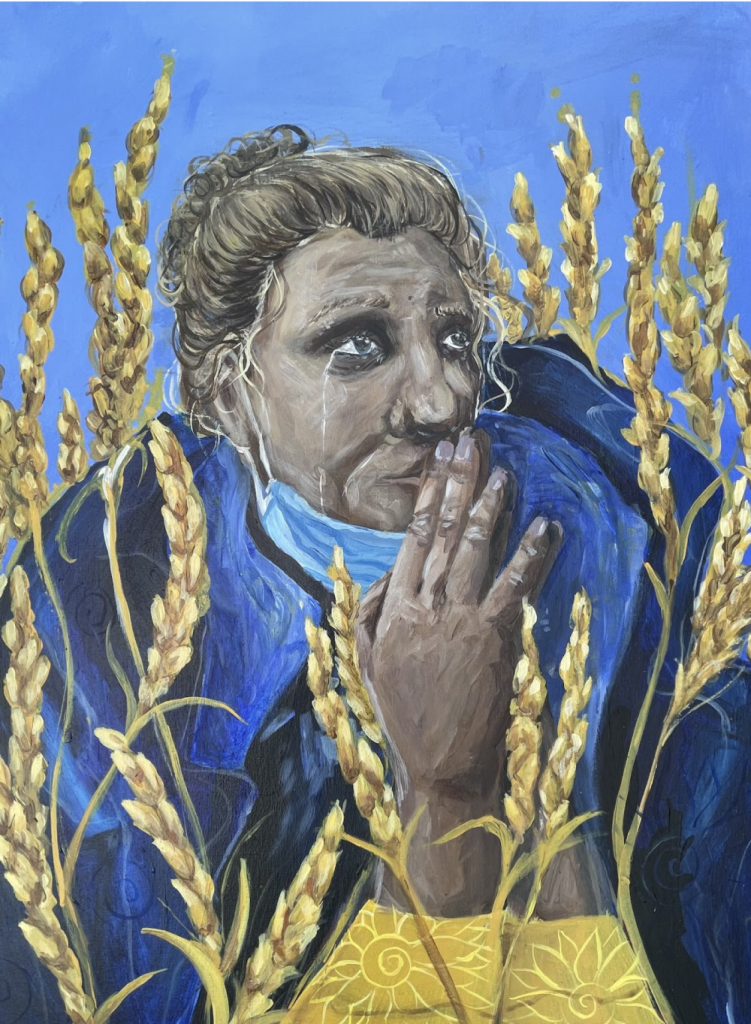 This piece is about the hope and resilience of the Ukrainians in the War raged by Russian leader, President Vladimir Putin. When the war first began many photographers and journalists captured the devastation and shock of Ukrainians. A photo was captured of a woman awaiting a train out of Kyiv. The way her hands were held together and the way she looked made me want to understand her emotions. She looked terrorized by the uncertainty of her country’s situation. But later this year, as the war unfolds the morale of the Ukrainians shows power. Once predicted not to even last 3 months, they have lasted almost 10 and counting. The Ukrainian people had hope and something to fight for. I think this women embodies both the terror and the flickering hope that has overrun Ukraine.