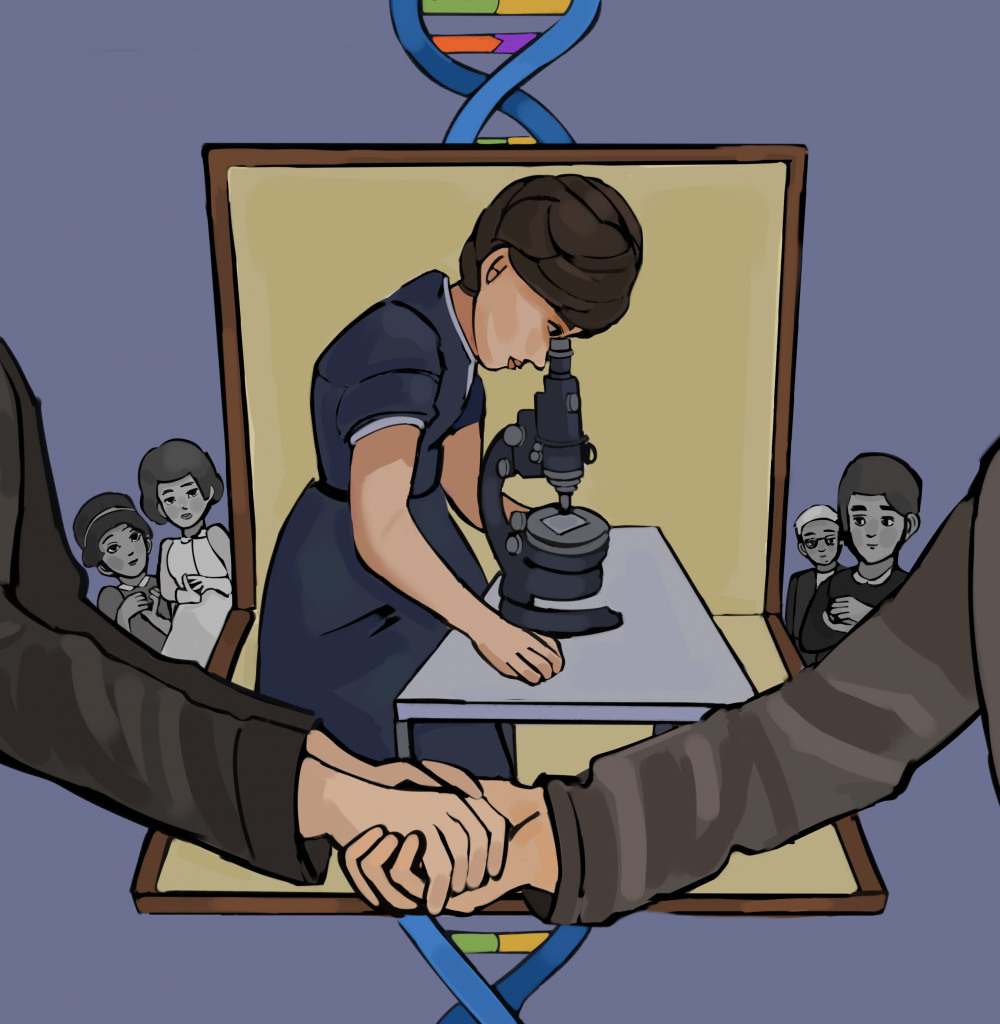 I had never heard about Rosalind Franklin until this moment, very cool.

“Rosalind Franklin was a woman who made exceptional contributions to the discovery of the double-helical structure of DNA. Her utilization of X-ray crystallography was arguably the most important key regarding the discovery, however,  for a long time, she received little acknowledgement despite her efforts. Two scientists researching the topic became aware of the structure and published their realizations – Franklin was scarcely mentioned in their work. The scientists would go on to receive a Nobel prize for their discovery, while people debated whether Franklin would have received the Nobel prize if she were alive. Although her contributions are more well known, she was never alive to witness the fruits of her labor, teaching us the importance of discussing sexism in STEM.”