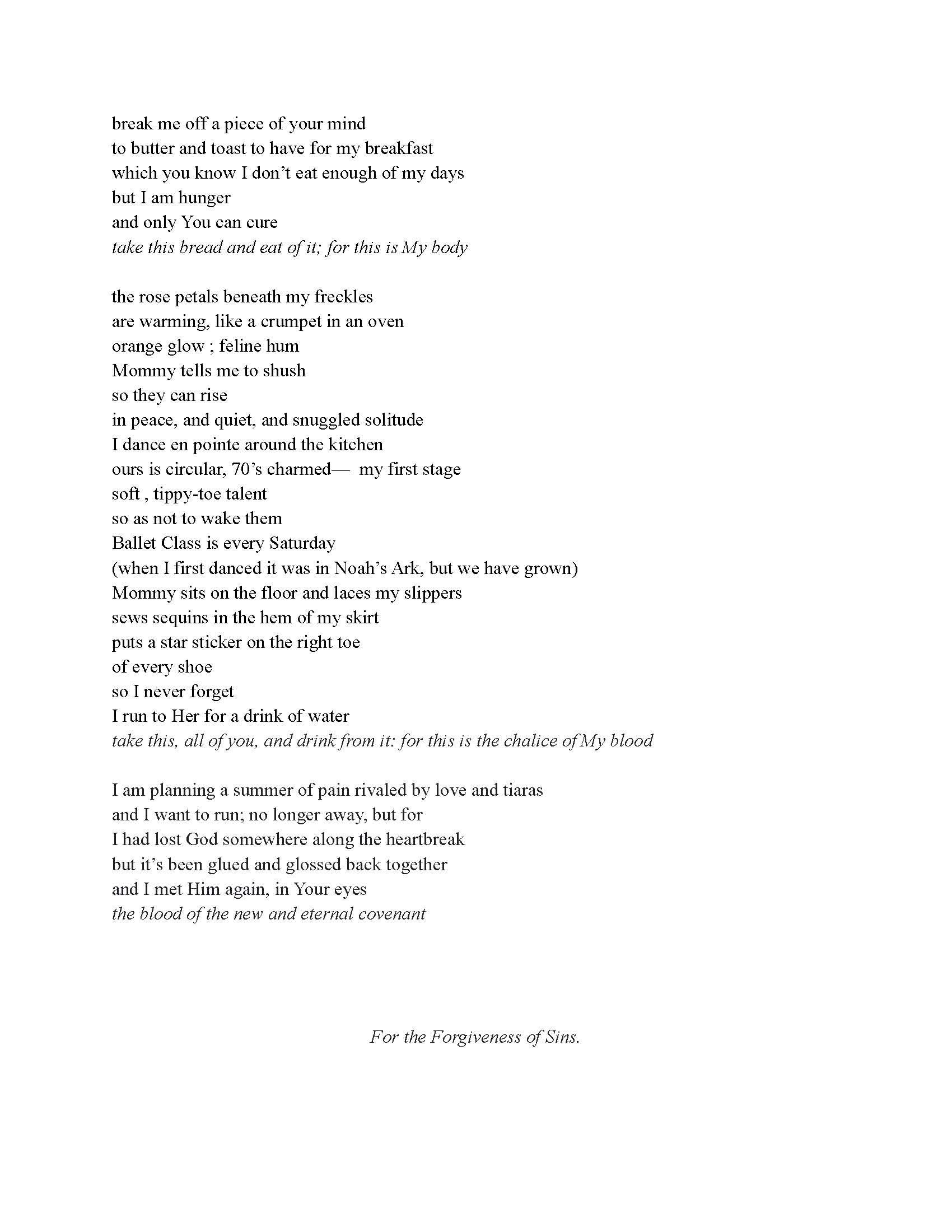 This piece reflects a rekindling of my spiritual relationship: reflections on my body, and my self, and how both found love, and Christ, too. 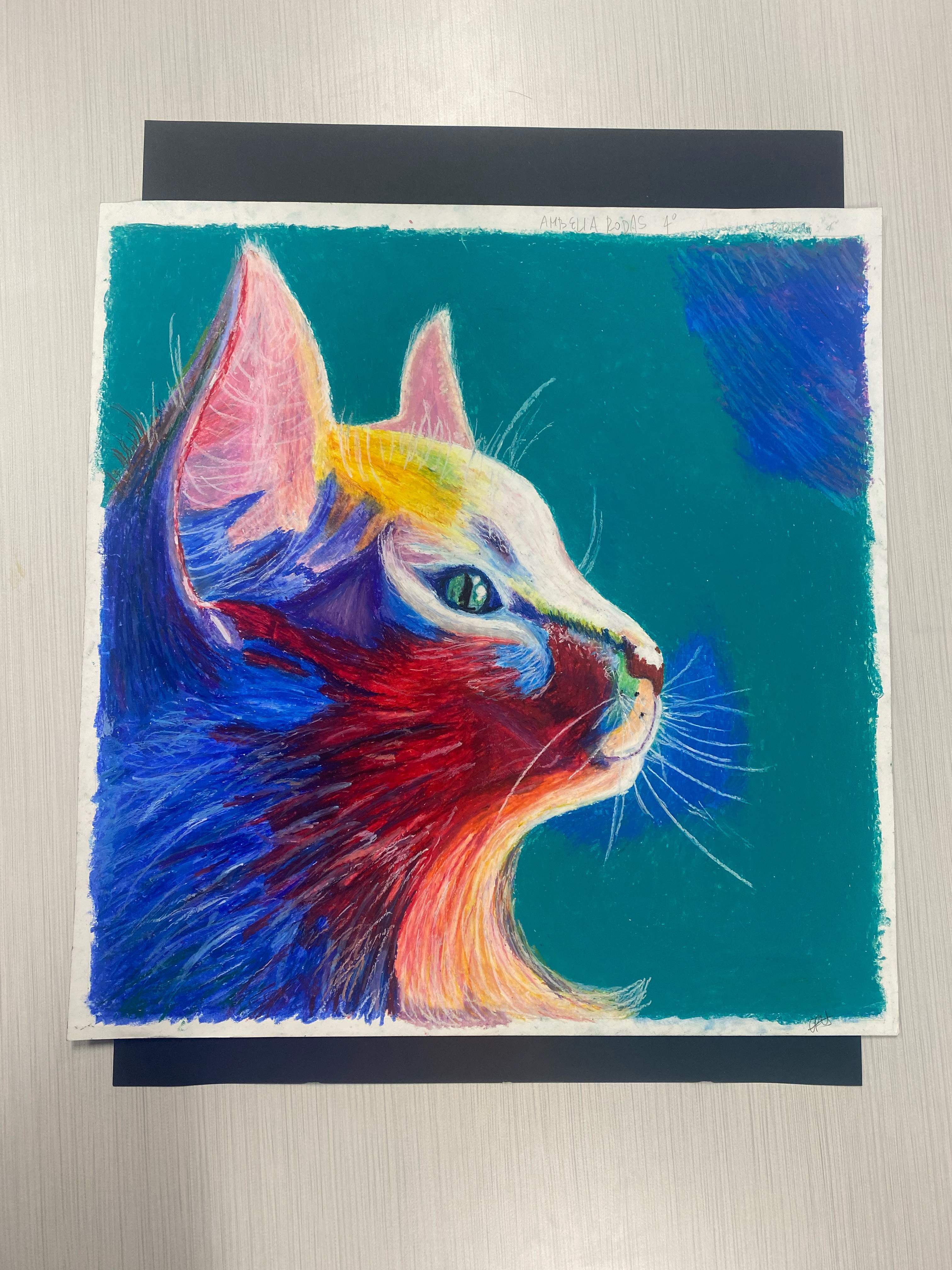 This piece of art was my first oil pastel project. My piece of art expressed the beauty and color of art and I hope to bring awareness in hopes that other people find art as a way to express themselves.

This short tik tok video depicts a part of my life where I was struggling for four years and then finally found happiness. The loss of loved ones and the four mental hospitals I’ve been to due to depression, bipolar disorder, and anxiety doesn’t stop me from being happy. While working on this piece I realized how far I’ve come in life- overcoming those difficult challenges and all the hard work finally paid off. 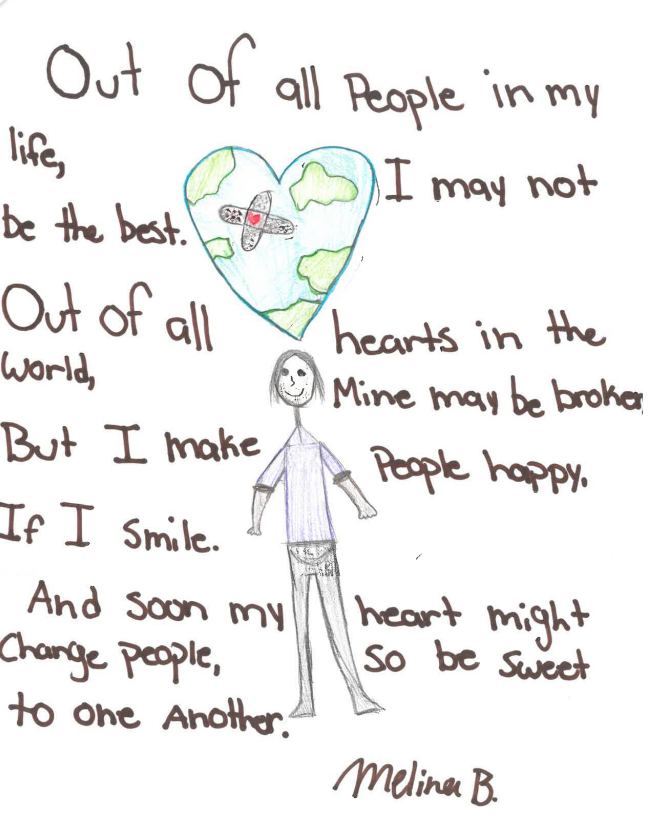 I wrote this poem because we never know what other people are going through. So many people have been through a lot of struggles in life (mental health struggles, family struggles, etc.), including me, so we need to be kind to one another. I hope this poem helps inspire teenagers that have struggled in life to always have hope. 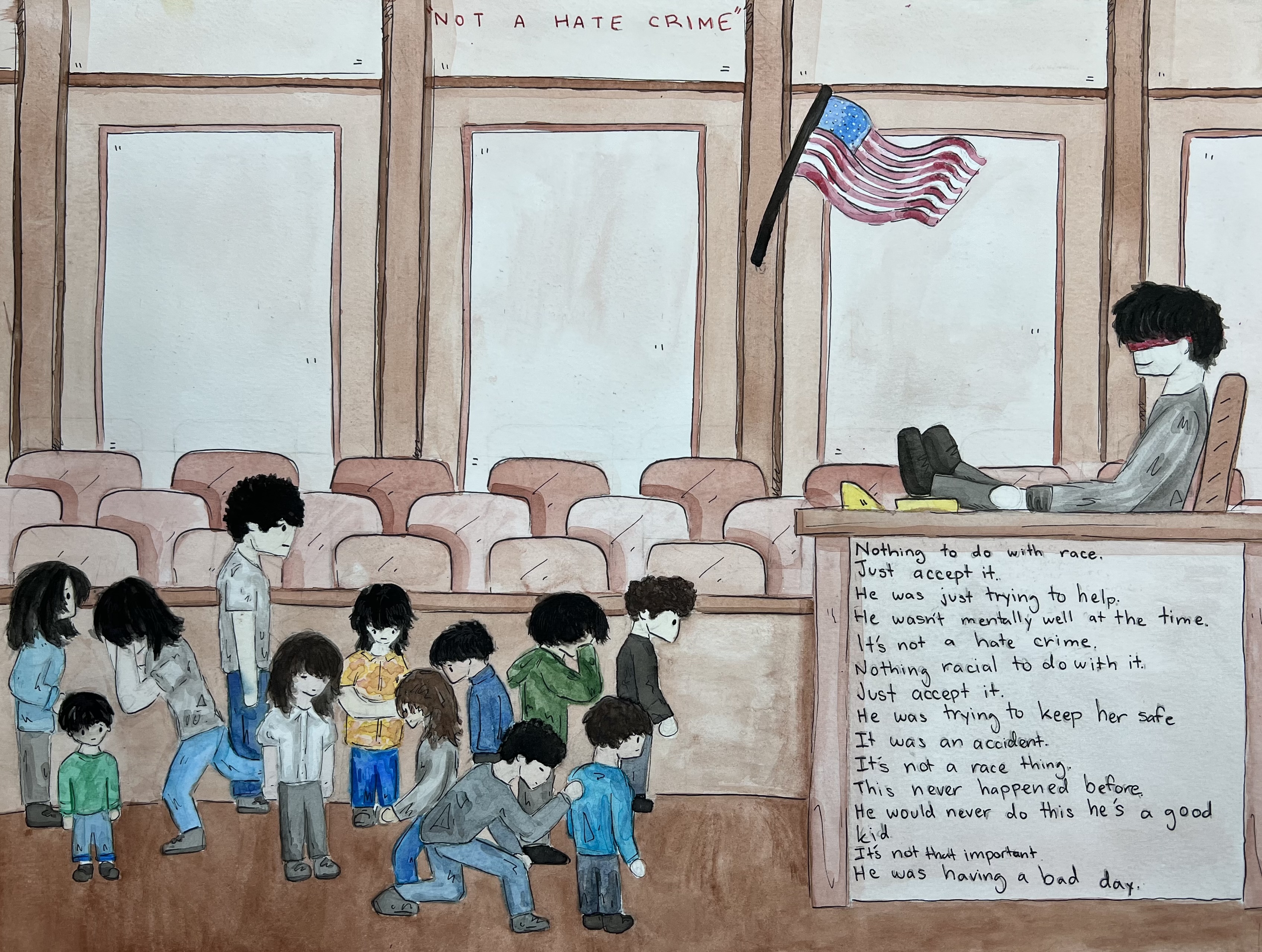 My piece shows a group of Asian Americans that are real people who have been victims of hate crimes in the U.S – both victims who have died, and those that have survived, in a courtroom in front of a judge depicted to be ignorant and dismissive of their injustice. Alongside the table are the excuses made in the courtroom to make it seem like hate crimes are just a normal thing for Asians and shouldn’t be taken seriously. Asian Americans are not always protected in the legal system and are sometimes ignored and Asian hate is not deemed as important enough to have a case. 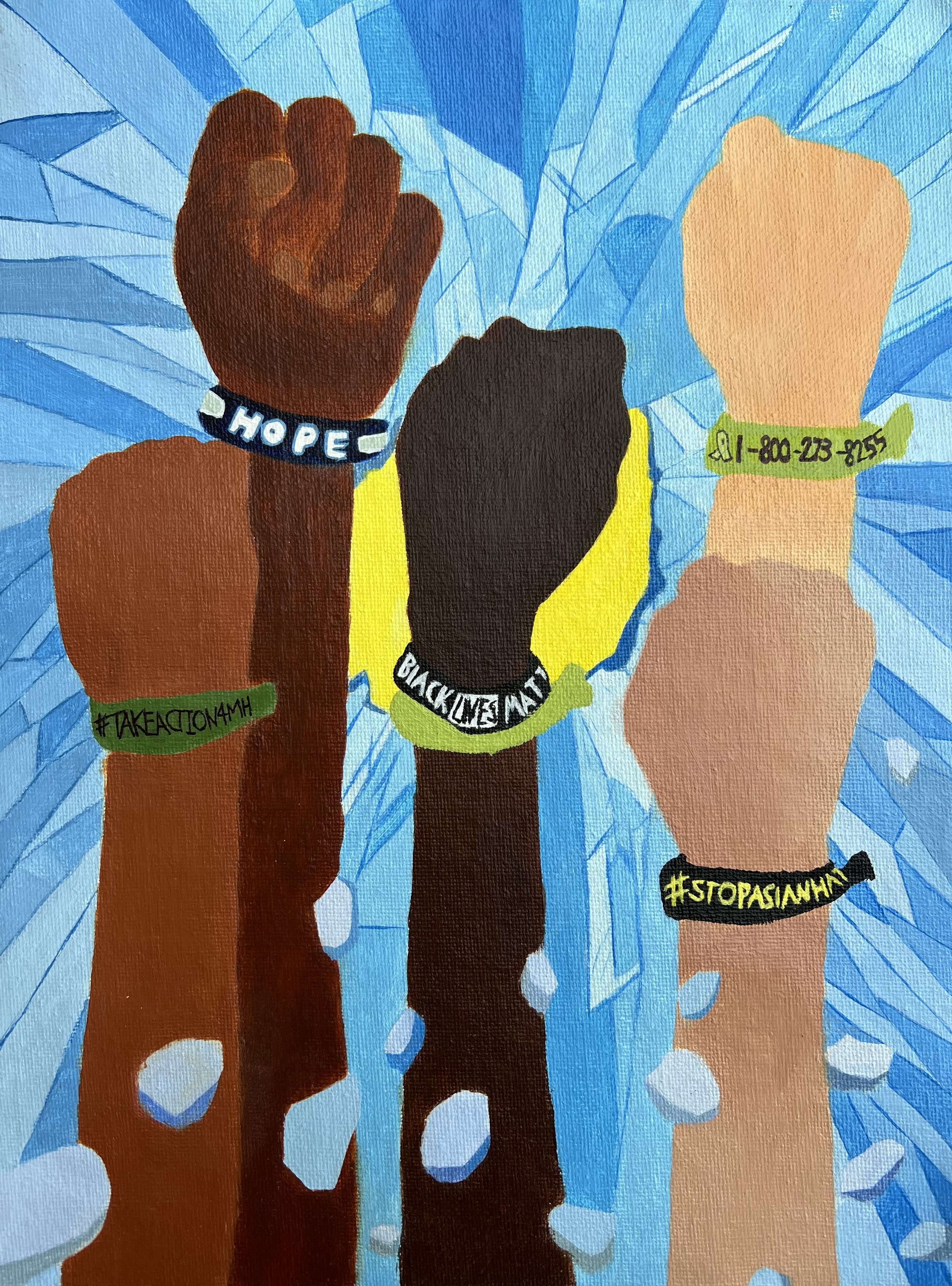 ‘Justice for Everyone’ was inspired by the idea of breaking through racial prejudice, using broken glass to symbolize what we see and what some ignore. The crashed window symbolizes an opening, breaking with past injustice, the wall of life crushed and the pieces falling from the window are no longer as important as coming together as people. The bright yellow center is the hope of all people respecting each other’s rights regardless of their mental health status, race, or thoughts. The wristband they are wearing represents what they are supporting. There are some people supporting mental health by wearing wristbands with the hotline for mental health, someone supporting black lives, hope, and stop for hate crimes.It is about the diversity of people uniting together and demonstrating justice for everyone. 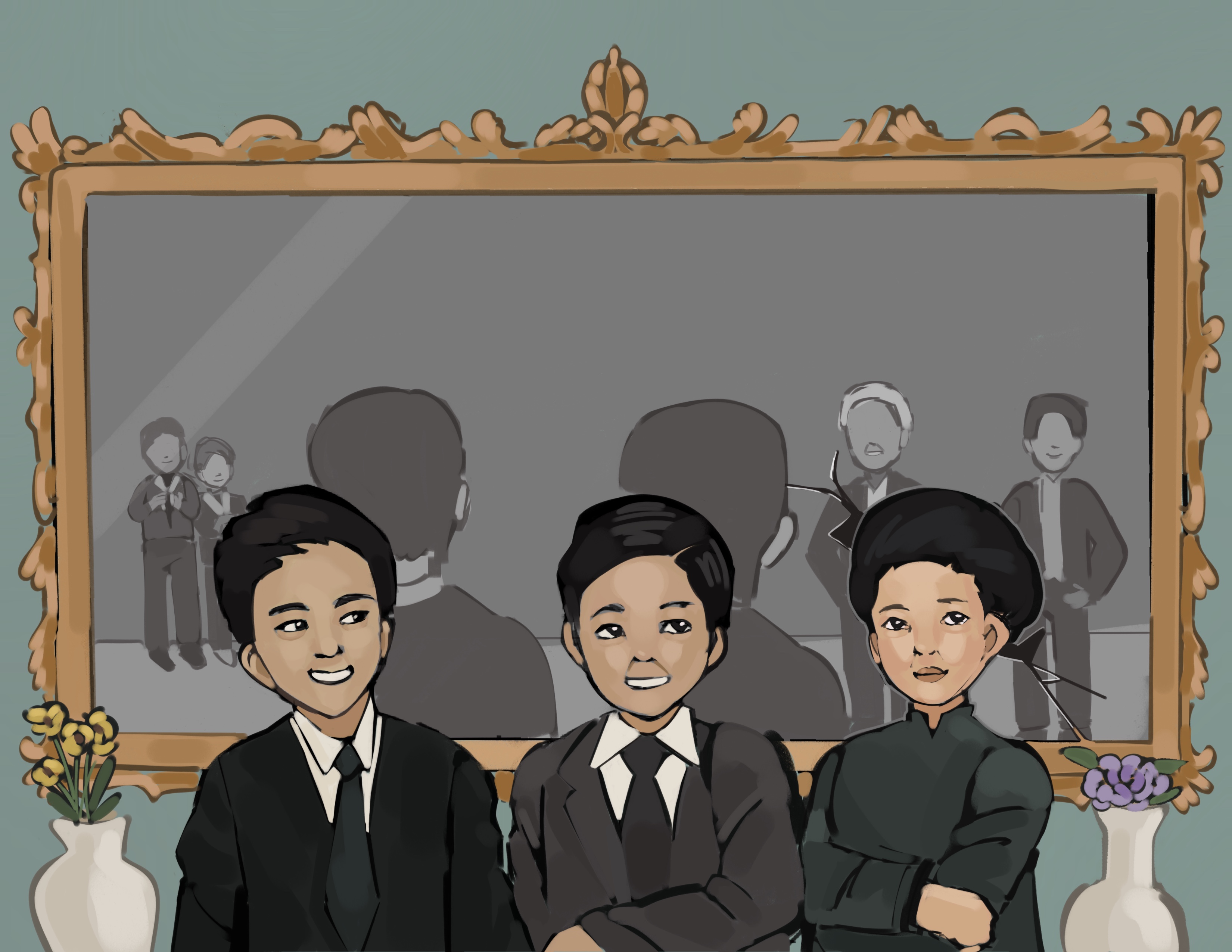 A film about a youth feeling overwhelmed by the ‘noise’ of present day society – from social media, the needs of their friends, and world events.

A group of youth discuss how gratitude postively impacts their mental health.

Inspired by the tv show ‘Moesha,’ a youth narrates thier diary entry, discussing the issue of kids and teens of color who get kidnapped or taken everyday and the lack of news coverage or action.